Home » 5 Condos In Punggol & Sengkang Most Popular With Upgraders

5 Condos In Punggol & Sengkang Most Popular With Upgraders

Are you a home owner looking to upgrade to one of the numerous condos in Punggol or Sengkang?

But not sure which to choose?

Whenever I sell a property, I find it extremely important to find the value of the house & how I can best position her selling points.

In order to do that, it’s a must to do proper research and understand not just the development, but the entire locality.

Because I believe that no two properties are exactly the same. With enough dedication and a dose of creativity, it is always possible to find points to highlight.

So recently, that passion to understand has led me to District 19 of Singapore. Specifically, condos in Punggol & Sengkang.

First, some trivia. Did you know that Sengkang & Punggol have the most number of executive condos (EC) in Singapore? About the same as Pasir Ris, Tampines, and Woodlands combined!

Subsequently, this means that condos in Punggol & Sengkang are some of the lowest priced in Singapore for upgraders.

It is also an area with a huge catchment of HDB owners who are ready, and looking to upgrade to private properties.

Therefore it comes as no surprise that District 19 has some of the highest transaction volumes in the entire Singapore.

So in this article, let’s look at which are the condos in Punggol & Sengkang which are most popular with upgraders!

(Fancy a Larger Home Space instead? Especially with changing needs from the increasing WFH… Check out this latest article on Sengkang’s Largest Hdb Executive Apartments For Sale!)

Of the numerous condos in Punggol, it’s impossible to miss Watertown. Or even if you don’t recognize the name, you definitely know the building as Waterway Point. Completed only 2 years ago in 2017, Watertown is a mixed development directly connected to Punggol MRT station.

Being so centrally located makes Watertown one of the prime condo choices for upgraders living in other regions of Punggol & Sengkang.

However this convenience does not come cheap.

Watertown is also the development with the highest average psf of all condos in Punggol & Sengkang.

Despite that, over the last 6 months, an average of more than 3 units changed hands to new owners every month in Watertown. 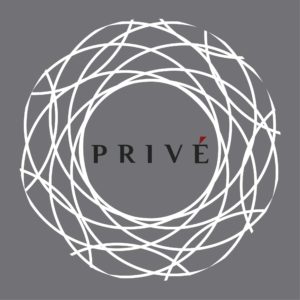 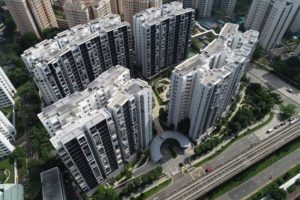 Completed in 2013, it’s easy to not notice this Executive Condo among the other condos in Punggol.

Yet, in the 12 months+ since the 5 year Minimum Occupation Period was reached in July last year, there has been 145 transactions.

In my opinion this high transaction volume is due to pent up demand from upgraders for affordable new condos in Punggol.

Because the previous Executive Condo in the area, Park Green received her Temporary Occupation Permit in 2004.

Since then, it has been close to 10 years before Prive was completed in 2013.

Hence, when Prive hit MOP last year, it was then the most affordable and newest option available on the market for upgraders looking for condos in Punggol.

At just a 10-mins walk away from Punggol MRT where the aforementioned Waterway Point is, location is attractive too! 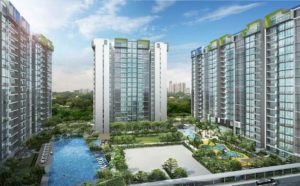 For the 3rd number on the list we move further south to Buangkok area. In case you’re confused, thinking I’m moving away from ‘Condos In Punggol & Sengkang’, no, because per URA, the Buangkok precinct, up to the Buangkok Drive and Sengkang East Drive, is still considered as Sengkang.

Having reached MOP in Sept 2018, Esparina Residences has since had 118 resale transaction records, making it the no.1 of all resale condos in Punggol & Sengkang.

Plus, the upcoming Sengkang Central Residences is coming up right alongside.

It is poised to be a big hit and will certainly have spillover positive effects on Esparina Residences.

What lessons can we take from the above two examples?

The First-Mover Advantage (IPO-effect) is real. Both Prive & Esparina Residences were the first Executive Condominiums in the area since 2004.

As a result, upon MOP they were the most attractive condos in Punggol & Sengkang to upgraders.

Most of the first-movers who bought their units early and resold after MOP, made a multifold gain on their initial investments.

The most? A ground-floor unit at Esparina Residences which net the seller 600k+ in profits.

Moving on to another Executive Condo… 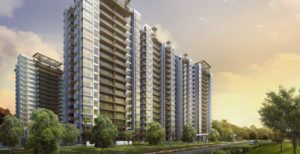 Looking for the most affordable condo in Punggol & Sengkang and at the same time don’t want something more than 10-years old?

Find it at Austville Residences.

Also an Executive Condominium, this Australian Nature Inspired Development stands out from the other condos in Punggol & Sengkang because of her attractive pricing.

Average Per Square Foot below 900.

In today’s market new Executive Condominiums are selling at more than 1000 psf (Piermont Grand I’m looking at you).

Comparatively, a ready to move option at Austville Residences is really an attractive value buy.

Upgraders didn’t miss it as they snapped up more than 40 units in the project since the 5-year MOP mark in late April this year. 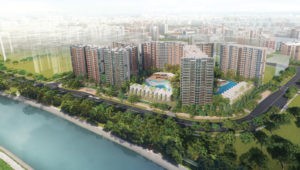 The Riverfront Residences, enbloc of former Rio Casa, by Oxley holdings, was 1 of the best-selling projects in 2018.

Being one of the first new condos in Punggol & Sengkang to launch (it launched on 5th July, the day of the government cooling measures), The Riverfront Residences was then attractively priced to sell at 11XX + psf.

The development is perfect for upgraders who can accept the estimated 4-5 year wait to completion.

Because even though pricing has been revised, it still remains one of the most affordable new condos in Punggol & Sengkang.

(Further Reading: Find out the differences between a New Launch and a Resale Condo)

My name is Jim Tay and I’m a Property Consultant who specialises in long term retirement planning and investments.

I am currently selling 1 of the best-priced, value-for-money 3-bedroom apartment that you can find amongst any condos in Punggol and Sengkang.

Or, if you’d like to work with me as a client, I can represent you for any of the above projects and more, resale or new.

It’s important to get the right advice and plan properly for your later retirement years.

If you’ve never heard about me before, head to my About Me page to learn more, and feel free to contact me if you’d like to work together.