<< See My Exclusive Unit For Sale at Whistler Grand >>

With new housing supply low in the west (Clementi) –

Buyers who want a new property without having to wait 2 or more years will be left considering Whistler Grand. 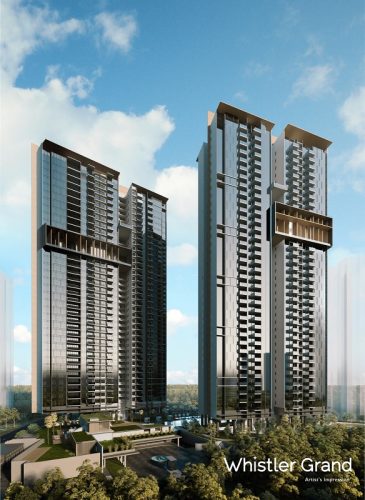 As of writing, Whistler Grand is 99.03% sold, and units left are as follows:

But hey, even if the unit type you’re looking for isn’t available from the developer, there are also sub-sale units being marketed by existing owners for sale.

Perhaps the more important question is: Is Whistler Grand the right Project for you?

Have you considered HDBs yet? The same size, at half the price ⟶ Read This First if Buying a Clementi HDB.

Read on as I go through my analysis on Whistler Grand, covering SWOT (a review of my original), and my latest updated thoughts in 2021 as we approach TOP in about a year’s time.

Especially, whether it makes sense to enter NOW.

First, for a quick recap: Show flat has already closed now but here’s the video which I shot earlier when the show flat was still in operation. Also contains my earlier analysis back in early 2020, which you can compare with my thoughts today.

No changes here! CDL remains a branded name in the Singapore property industry and Whistler Grand is able to attract buyers by virtue of that alone.

Though shaded by Parc Clematis (more on that later), school is undoubtedly one of the top considerations of parents when deciding on a home.

Especially for a school as popular as Nan Hua Primary, being within 1km is even more important.

Unless the school location changes, this definitely still qualifies as a strength for Whistler Grand.

Plenty has changed in the market over the last few years since Whistler Grand was launched.

It certainly was a low entry price buy then.

This section is important enough to deserve a segment on its own.

Let’s continue with the SWOT review first, I promise I’ll get to it later.

Majestic to the eyes, and more importantly towering over most of the surroundings.

Just check out this unblocked view towards the North.

As the plot ratio of the land parcels there are 1.4 (Whistler Grand’s is 2.8), you can be assured of your views for years to come.

On the other hand, towards the south, Whistler Grand also towers above the older condominiums Botannia and Monterey Park, both of which are 12 stories high.

A great location for those who know how to appreciate it.

For everyone else, it’s hard not to be overwhelmed by the sheer feeling of barrenness and inconvenience when checking out the location.

Still, direct bus connections to downtown from right outside the side gate coupled with a 6-8 min walk to an increasingly vibrant NEWest, make the location still acceptable for many.

Whistler Grand is a 99-year Leasehold property. (Commencement date is 7 May 2018).

Around it, in addition to the aforementioned Botannia and Monterey Park, you have The Infiniti, Carabelle, and Hundred Trees.

These are 999-leasehold and Freehold developments.

As time passes, lease decay would come into play. 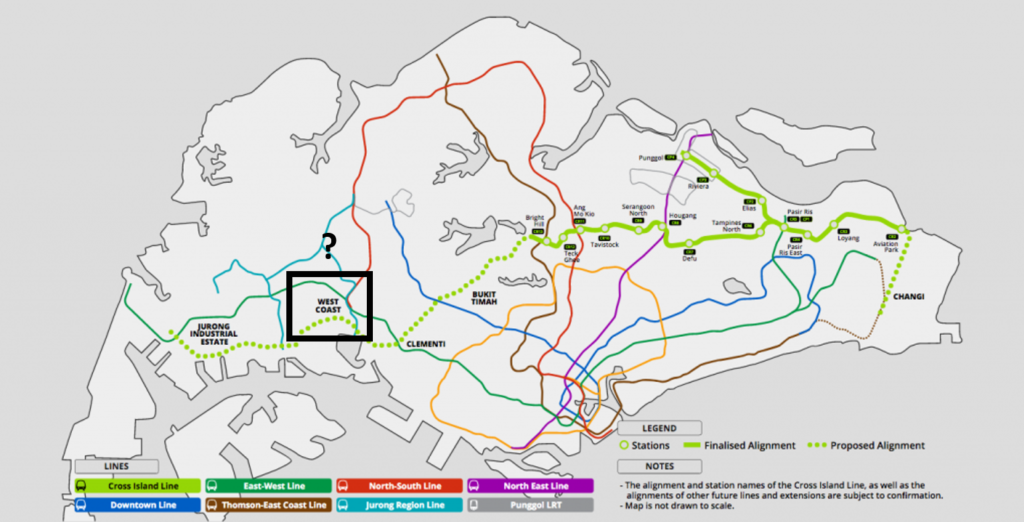 While the first phase of the Cross Island Line (12 stations) has been announced in Jan 2019, more than half of Singapore are still eagerly anticipating the confirmed locations of the remaining stations.

There have been speculations on where the stations would be.

So far, it has been quite accurate.

And if it continues to be, Whistler Grand will stand to benefit.

In my original SWOT, I shifted it to be a strength instead.

After all, as a city state, demand for high-rise living is generally high.

So many high-rise flats all around already!

Originally as 1 of the huge selling factors during the earlier sales of Parc Riviera and Twin Vew, the KL-Singapore High Speed Rail was unfortunately announced to be terminated in Jan 2021.

For sure, the impact was downplayed…

But it would certainly have been a disappointment to the owners who bought into the area and expected an uplift from the High-Speed Rail in future.

Regarding the rest of Jurong’s transformation?

I stand by my original view that most of the key transformations have already happened at Jurong, and the High-Speed Rail was really the next big push for the area. 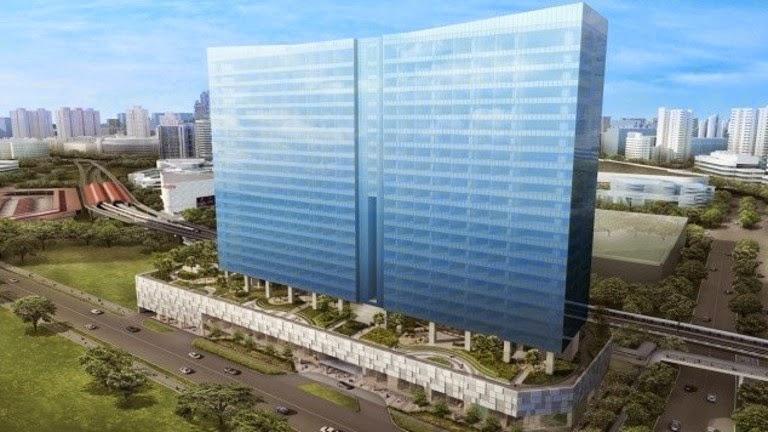 Recognize the blue all glass building above?

It’s Vision Exchange, one of the most promising stars of the area (in 2014 when it launched).

Unfortunately, today, for owners who bought units there, it also serves as warning for would-be investors of the potential pitfalls of selecting the wrong property. 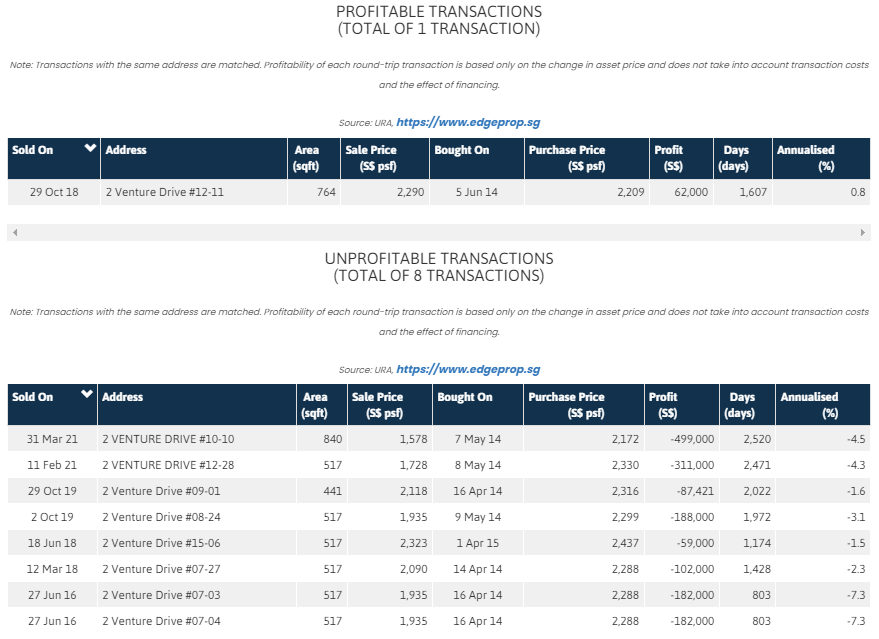 Still only an opportunity back in 2019, we see this somewhat becoming a real reality today.

Because it’s not a land plot anywhere near Whistler Grand, but at Ang Mo Kio. 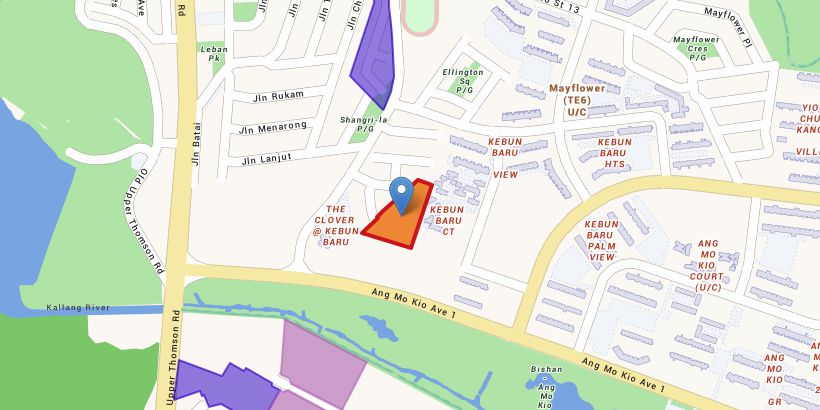 Yes, it is near the upcoming Mayflower MRT station on the Thomson-East Coast Line, but at $1,118 psf/ppr is still above most expectations.

For comparisons, the nearest launch nearby (just recently fully sold btw), Jadescape, had a land price of $747 psf/ppr.

The difference is almost 50%!

Having said that, we really need to understand more about Clementi as a location.

Statistics wise, just by comparing New Launch sales, it is one of the hottest areas for purchasers.

What’s all the Hype in the West really about?? Check Out⟶The West Side Story

On the resale front, despite what many may think, there is actually a very healthy demand for resale units at Parc Riviera, more than 20 this year alone – which, reflects the demand for the location. 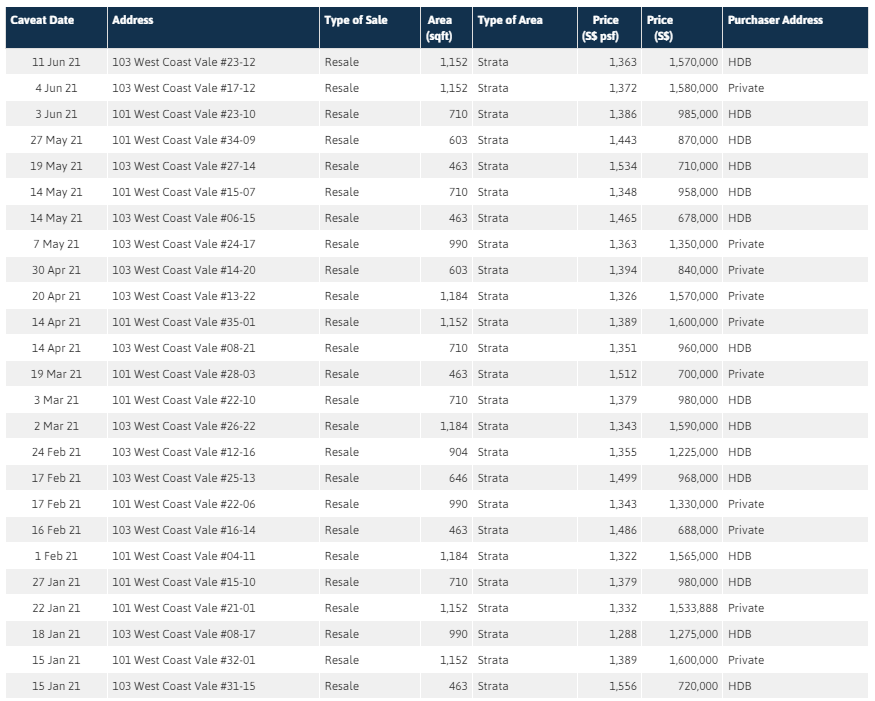 While the threat certainly still exists as Twin Vew and Whistler Grand have yet to TOP, I think existing factors are promising for the area being able to absorb these new units into the market. 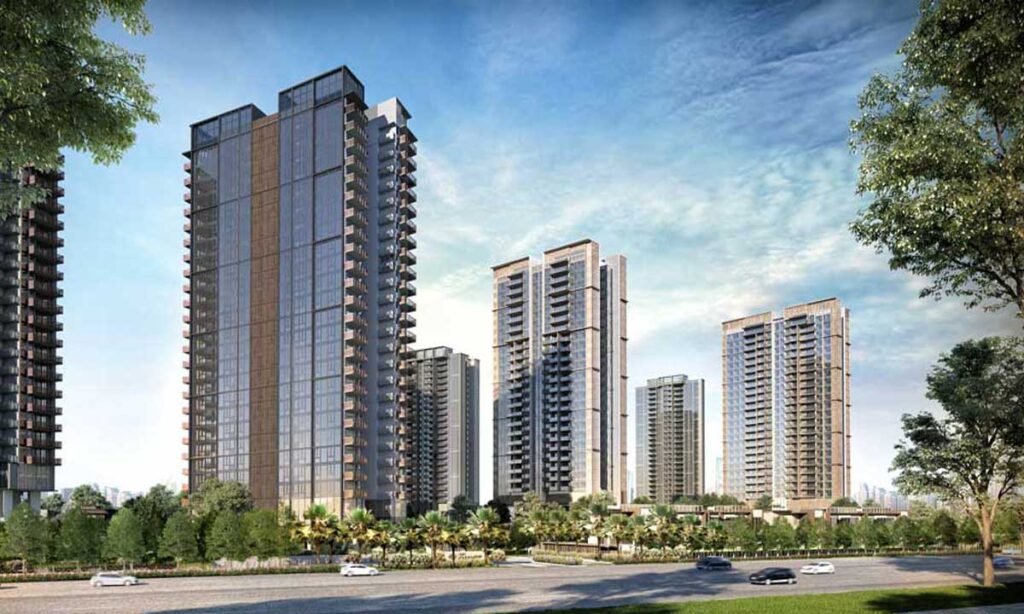 The bigger threat is of course Parc Clematis.

Almost any conversation on buying property in the West would involve a look at this project.

A behemoth of a development, it is about 3 X the land size of Whistler Grand and 2 X the number of units.

Objectively, it is in many ways better than Whistler Grand.

For those who didn’t choose Parc Clematis, what has put off buyers so far, is the higher price tag, about 20% more than Whistler Grand, the long timeline to TOP (est. end 2023), and the sheer size of the development.

However, when it completes, it will most definitely be strong competition to all the condos at West Coast Vale in the resale and rental market.

Now, with SWOT out of the way, we come to the last section of this post.

Project was launched in later 2018.

By now, all the units have not yet reached the point where Seller’s Stamp Duty is not applicable.

But we can gauge using the units already on the market. 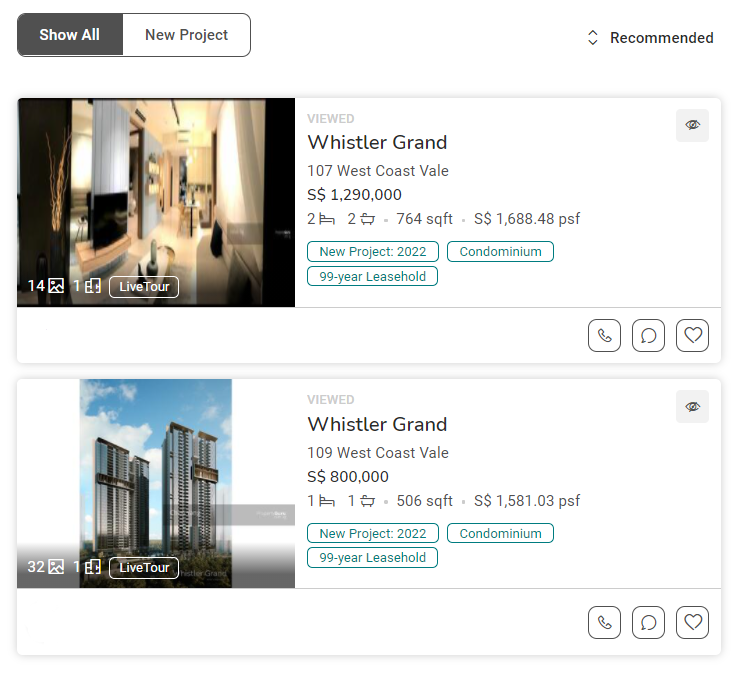 These are some of the sub-sale units listed on Property Guru.

If you’re just introduced to Whistler Grand now, did you know that prices were from as low as $1,2xx psf? Even for the small units?

I do not know which are the specific units above, but it’s most likely targeting a substantial gain for the owners selling…

With Parc Riviera already transacting resale at an average of about 1400psf, I would reasonably expect about 1500 – 1600psf for Whistler Grand.

Let’s compare 3-bedrooms, which, are sold out at Whistler Grand, but are still available at Parc Clematis.

There are different layouts for the 3-bedrooms.

Let’s take the smallest one – minimum entry for a buyer who needs 3 bedrooms.

In terms of layout, you can see that both are very similar.

Parc Clematis is more efficient with the corridor space, has a larger kitchen, but 1 of the bedrooms is smaller.

Overall, the size is smaller by a substantial 129sqft, with a similar utility.

For sure, there isn’t any right or wrong when it comes to a property purchase as to each his/her own needs…

But if you are hoping for investment/capital appreciation in the short run, ask yourself this:

Do you think it makes sense for Whistler Grand to be selling at a higher price than Parc Clematis?

Now you could be entering at a similar price.

Furthermore, these layouts at Parc Clematis were sold from as low as $1.301mil at launch!

Think about who will be your competitors when you sell in future, and what prices they will be asking for vs you.

Will these buyers mind the smaller 3rd bedroom to be closer to Clementi MRT station?

If you can clear these in your mind, and want a brand-new property that TOPs within a year…

Whistler Grand is certainly a suitable choice for you. Even the sub-sale units.

However as there has been no sub-sale transactions yet, my numbers are estimates.

Who knows, maybe you’ll encounter a fantastic deal out there.

Regardless, do run through the same thought process as above to decide for yourself what’s the fair price you want to pay for Whistler Grand now. 😊

I am available for a consultation on your property planning.

Head over to my Contact Page and leave me a message.

Hope you enjoyed this article and found value in it.