Developed by CEL (Chip Eng Seng), Kopar at Newton made the news for its sales launch right before Singapore’s historic circuit breaker.

Despite the uncertainty with the situation, they still managed to sell a respectable 20% of units at launch.

They’ve come a long way from the time when the land on which Kopar at Newton is built on was sold back in Jan 2019.

Since then, many have kept a watchful eye.

If you’re not yet familiar with the project, no worries!

This article will share 10 points on Kopar at Newton, 5 facts & 5 benefits, to get you up to speed.

And in the 2nd part, I’ll explain how to choose a good unit using the project as an example.

1. Located at Kampong Java Road, on the right side of the canal, it’s D9, or better known as the Orchard area… the Prime-est among the prime areas of Singapore

2. Less than 5 mins to Newton MRT, which gives access to the Downtown line and North-South line. Cross 1 street, 1 overhead bridge, and head underground. 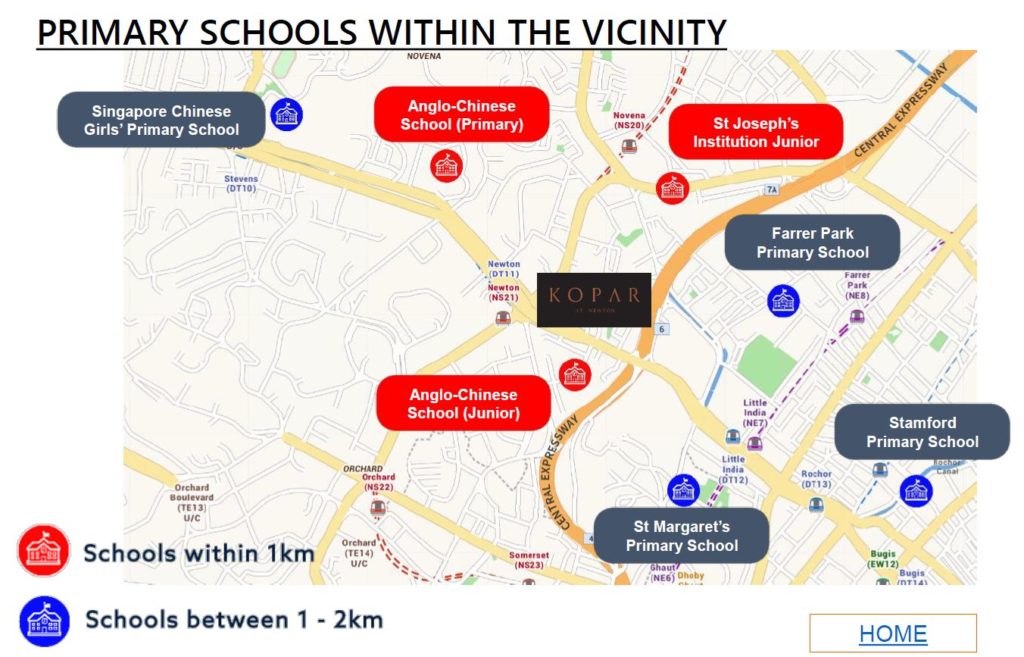 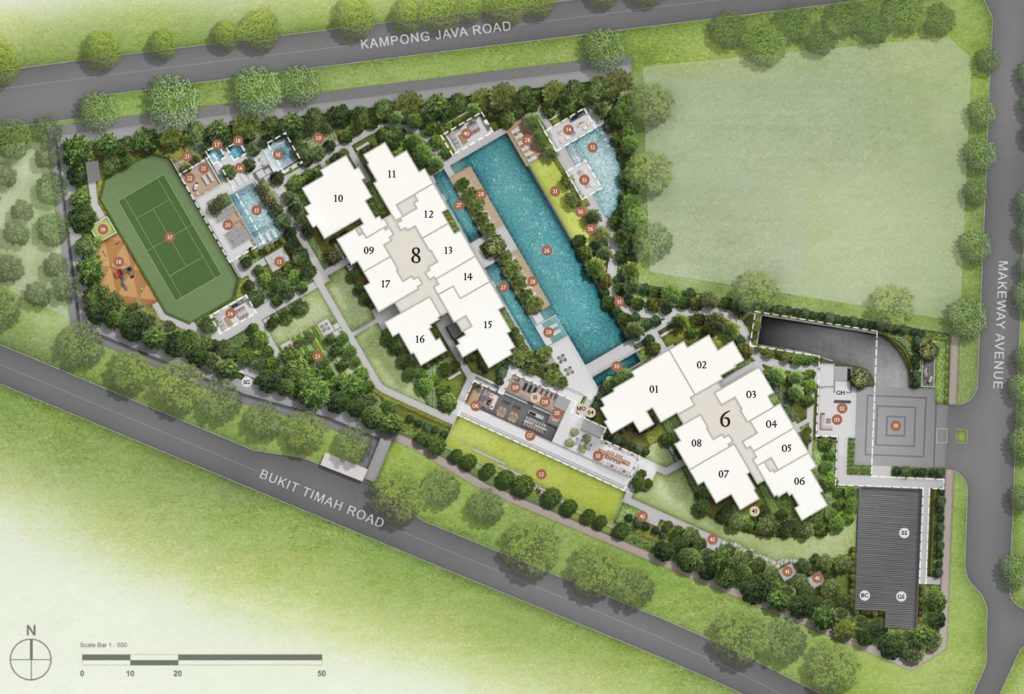 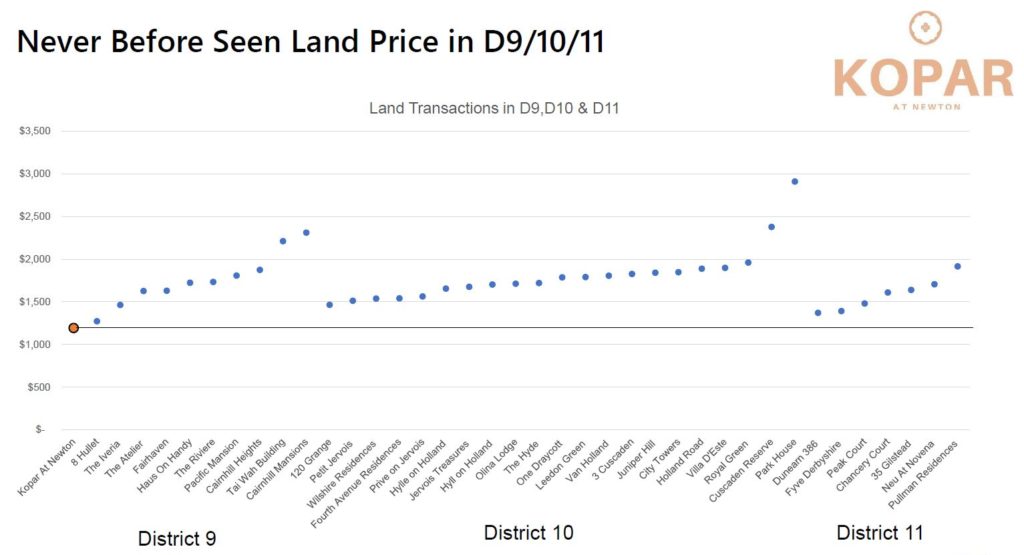 5. Lowest land cost for the developer within prime districts 9, 10 and 11.

5 Reasons to Buy Kopar at Newton 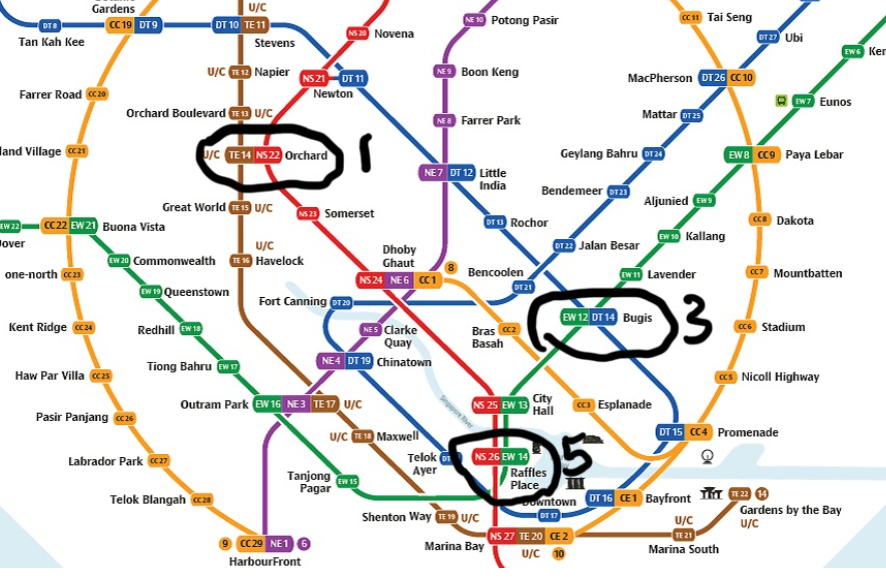 6. For own stay, CONVENIENCE.

D9 attracts plenty of foreign buyers. And being close to 3 schools, there will always be demand from future parents.

Some of the lowest entry points in the area. it’s a great choice for the buyer/tenant who wants to have the benefits of being near both Orchard and Bugis, but doesn’t want to pay the price. 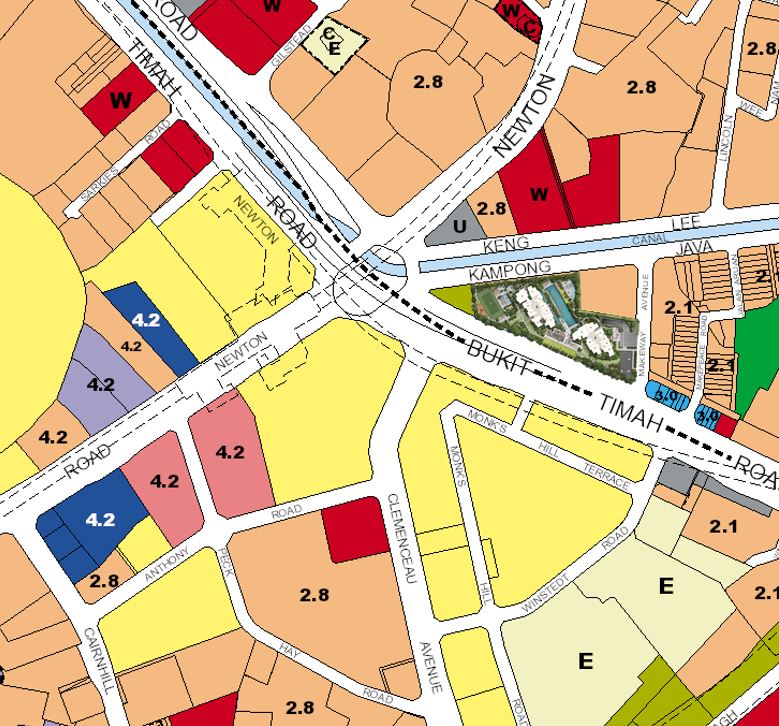 From entering at a good price and from potential yet to be announced. Some might put that as a negative point, but from another perspective, it means future transformation plans in the pipeline has not been priced in. See the yellow plots in the URA Master Plan?

1 to 1 Carpark lots! A rarity for new projects these days, especially so if you’re as close to the MRT as Kopar at Newton is. Park and ride and you never need to worry about finding lots at Orchard or Bugis again!

If you need more info, head over to this Kopar at Newton developer sales site which includes the details on the balance units, floor & site plans, and everything else on the project.

Moving on to the 2nd part of this article, I’m going to go through how to choose a good condo unit using Kopar at Newton as an example.

Unit Selection at Kopar at Newton

To help us, see 2 site plans below, 1 with the unit types, and the other with the views.

Let’s go through each unit type, from the biggest to the smallest.

Straightforward choice, as there’s none to make. Only 1 stack, and you get the best facing in the project. Quiet, and across the entire length of the 50m lap pool.

Pros and cons each, see below floor plans.

Stack 10 the squarish one, unique, and not seen very often. Great, many windows in the kitchen, efficient space, but faces the tennis court with some west sun.

Stack 15, the better facing on paper with a regular layout and lower quantum, but not a fan of the less ventilated space.

If you’re considering a 4br here, most likely it’s for own stay, so go for personal preference. View vs Noise. I’ll definitely avoid the low floor stack 10 though!

Presents the best pricing advantage over other D9 launches and also against nearby resale properties. 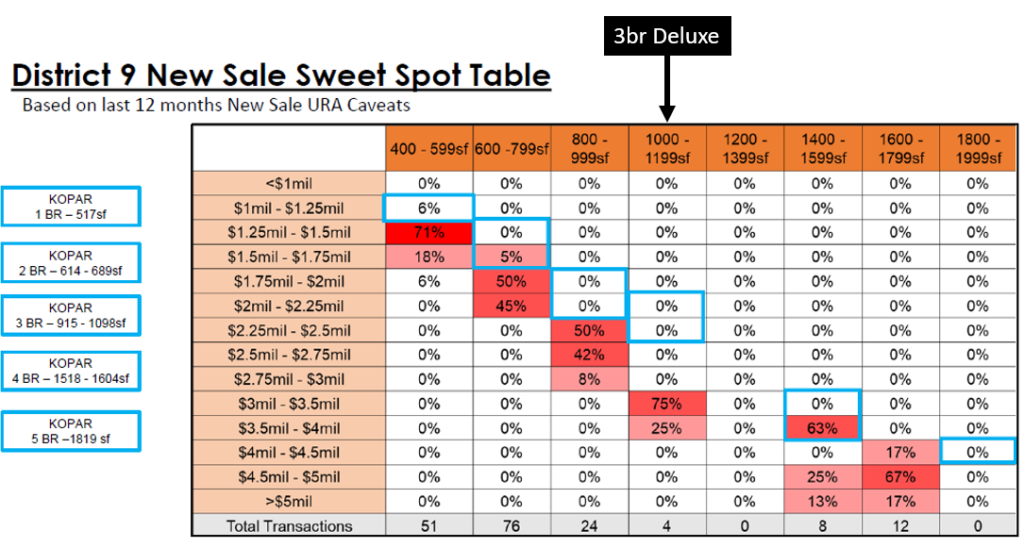 A great option both for own stay and investment for small families.

I will go for 7. Because it’s the cheapest by about 5%+ from the other 2 stacks, working out to be more than a S$100k+ differential. Get a higher floor, so you clear the flyover, and you would have a great view too!

Stacks 6 (958sqft) and 16 (915sqft). The difference being the extra corridor space from the main entrance door which gives added privacy for the larger area.

50-50 on this, as the differences are not significant either way. As such, I’ll usually go for quiet facing, i.e. stack 6. Only a less than 50k premium for a quieter and larger space. Worth it!

Evaluating the 2b2b and 2b1b together as the pricing is similar.

Based on current availability, if budget is a little tighter, I’ll go for stack 9 mid floor at less than 1.5m, despite the higher PSF.

Because it’s likely to have a better rental yield than a higher quantum 2b2b, as tenants don’t necessarily want to pay higher rent for an additional toilet.

Otherwise, low floor stack 3 is a SUPER option. And the best at launch in my opinion. Too bad it’s all sold till level 9 now. At 21xxpsf for level 7 and below, there is little risk in the purchase, and room for upside. (the prices at Kopar at Newton goes up to 26xx – 28xx psf even).

For those who managed to snag a unit at that range, congratulations!

I’d still recommend 3/8 now though, if there’s an element of own stay in the purchase.

Developers usually give the 1br units the worse facings in any project as they feel it’s most likely sold to investors who would rent it out anyway.

Kopar at Newton completely flips this around.

Like the 2b1b unit (stack 12), the developer has placed too much premium on the pool facing units.

That’s it for my brief of Kopar at Newton, as well as my recommendations for unit selection.

If you prefer a visual explanation with more details, there’s a video I did on the topic as well.