Before we can grasp the current situation, I’d like to go back a couple of years to 2017 where we most recently witnessed a rise in the property market.

If you recall further back, since TDSR was introduced in 2013, the market dropped for four years— until around the middle of 2017.

At that time, the market started to trend upwards (riding on en bloc hype), eventually rising around 10% over five quarters.

The following year, in July of 2018, the government increased ABSD making it more expensive for developers to purchase land.

Alongside tweaks which made it harder for a buyer, these cooling measures were intended to slow down a heated market.

At this point, most expected (hopefully) prices to continue to fall well into 2019.

But interestingly, the drop only lasted for 2 quarters, which disappointed buyers that were planning for the market fall to continue.

See graphic for a summary.

What Happened to the Singapore Property Market in 2019?

From the second quarter of 2019 onwards, the market’s rebound had everyone perplexed. Who were these new buyers? Why were they buying?

Setting the stage for this rebound, it’s important to remember the major US-China trade war that began earlier in 2018.

What was thought to just be a flash in the pan, this major trade war has gone on for two years— with tariffs rising from 3% on China imports to as writing, a current level of around 19.3%. 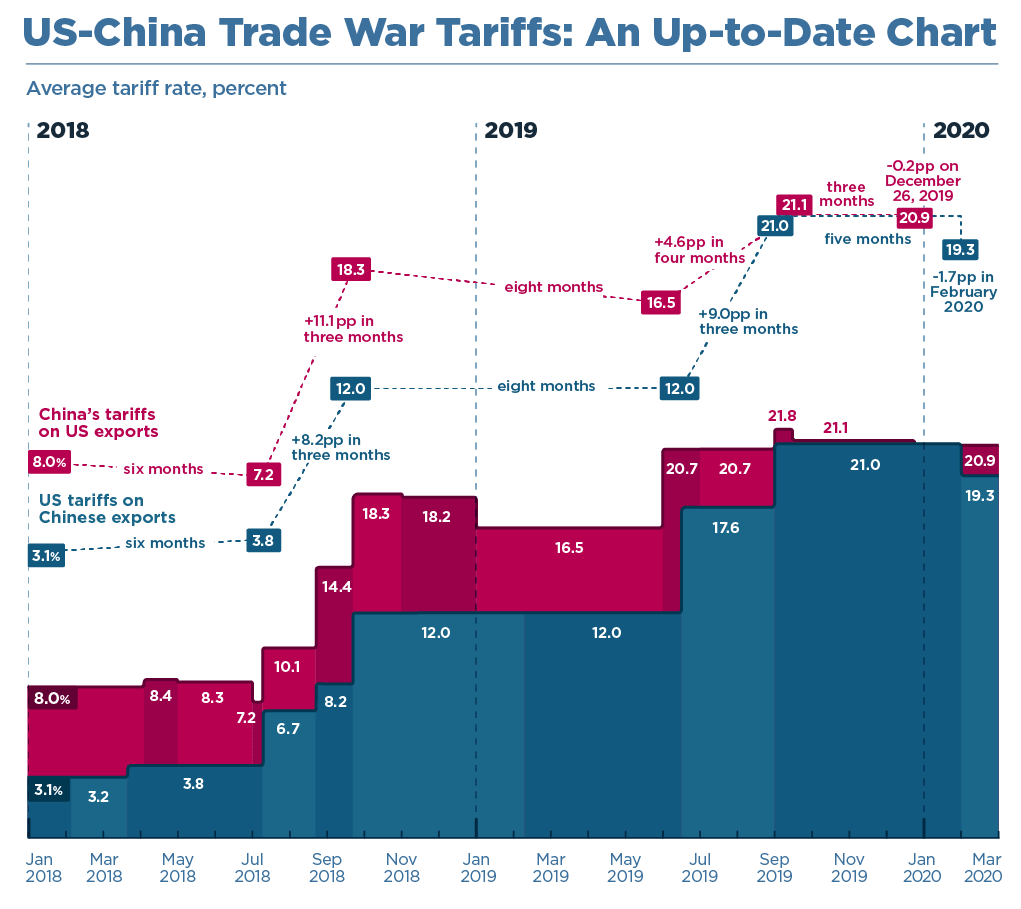 (Go to https://www.piie.com/research/piie-charts/us-china-trade-war-tariffs-date-chart for up to date chart)

This is an increase of almost 700%, which has lead the Chinese government to implement measures to retain the competitiveness of their exports, including devaluing the Chinese Yuan.

Where the United States Dollar was roughly equal to 6.3 Chinese Yuan at the start of the trade war, a close to 10% devaluation leaves the conversion rate at 6.9 Yuan/USD in 2020. 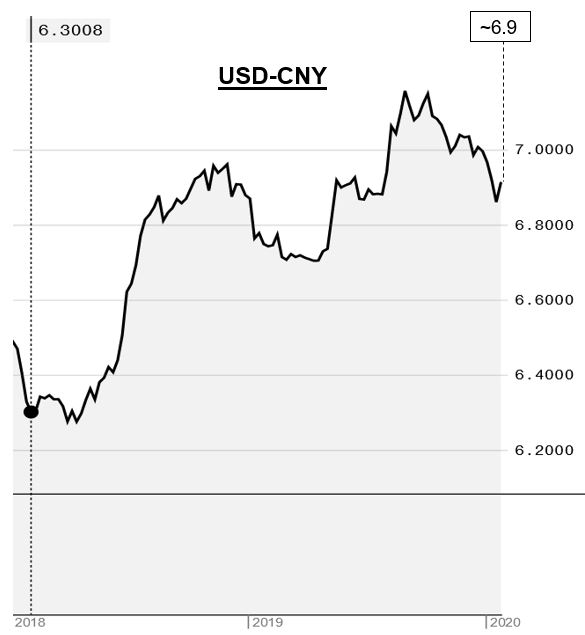 Looking at the figures alone may seem small, but scaling this devaluation up can make it more dramatic, and bring into perspective how it could impact some of the richest Chinese— possibly making a billionaire into a millionaire in under two years.

So how does this relate to the Singapore property market?

Well…imagine you were one of those rich Chinese. What would you do?

For some time now, the Chinese government has imposed strict regulation on funds exiting the country.

Noticeably in Singapore, starting from mid-2018, transactions without caveats have gradually increased.

These caveats, which are typically lodged by banks, have disappeared which indicates these new buyers did not take loans, and their nationalities remain unknown to URA. 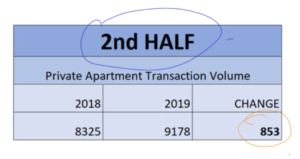 Let’s go a step further and assume that the majority of these purchases without caveats in 2019 were from Chinese buyers – as, they have the biggest reasons to keep their nationalities unknown.

An interesting trend would emerge:

This means that for every 10 property sales, more than 1 is a Chinese buyer!

They aren’t ones to go small on their purchases either!

Will This Property Market Trend Continue in 2020?

Now that we have an idea on the current buyers in the market, and from where their actions are inspired, the next question: Will this continue?

However, existing high tariffs will continue to be imposed on Chinese goods, and deal terms are seen as unrealistic by many economists.

Fingers crossed, the US-China trade war could get hot again.

Undoubtedly, Singapore’s strong fundamentals will keep the country positioned as a global safe-haven, and help the market benefit during times of global uncertainty. (Watch: The Singapore Property Market 2019 for a more macro understanding.)

Regarding tweaks in government measures, I see that as unlikely.

Especially with election looming, they would be prudent to not mess with the market too much.

In any event, a cooling measure, not an easing one might be on the cards should the market heat up too much from foreign inflows.

In summary, I do believe the upward trend that ended in 2019 will carry on in 2020. Albeit at a slower pace.

All of the data and evidence we’ve reviewed points to this.

For the full details, make sure you watch my video at the top of the page where I delve further into the information through charts and visual aids.

For Investors & Homeowners looking to enter the Singapore Property Market

In real estate investing, the saying goes “the best time to buy was yesterday, and the second-best time is today”.

My conversations with peers and contacts in the industry tend to agree with that sentiment— our current market isn’t as hot as before, but there are always gems in the market at any time.

Don’t expect quick returns and instead get invested with a long term horizon.

For owner-occupiers, don’t be afraid of the oversupply indications from the media. The Singapore property market remains a buyer’s market and you’ll be overwhelmed with the choices available.

Favourite this page and check back as I constantly update it whenever there are new changes to the Singapore property market.

What started as the Wuhan virus, to the Novel Coronavirus, to presently COVID-19… is the talk of the town. In terms of the property market, I would expect any blip to be temporary.

Singapore has shown great crisis management and will surely bounce back after the virus dies down.

Barring any prolonged epidemic, things should be better from the 2nd half of the year.

More cosmetic in nature, this ruling does not alleviate the pressure on developers to sell their units.

That’s because the ABSD, which is the more stringent measure, still remains.

Which means, developers will still have to develop the land acquired and sell all units within the new project in five years from the date of purchase. Or, be subjected to 25% ABSD with interest. (This has been raised from 15 per cent since July 2018.)

In my opinion, this might send ‘false positive’ signals to the property market.

It really isn’t an easing measure as things are not changed fundamentally. Nor is it easier or tougher for people to buy/sell property.